Study The Relationship Between Polymorphism of Melatonin Receptor Type 1A (MTNR1A) Gene with Some Reproductive Performance, in Local Iraqi Goats

Melatonin is the main molecule that transmits the signal of seasonal change to the neuroendocrine system in seasonal breeding species, through specific melatonin receptors, Melatonin Receptor Type 1A. In the present study, a total of 40 local Iraqi non pregnant goats were used to study the relationship betweenPolymorphism of Melatonin Receptor Type 1A (MTNR1A) gene with some reproductive performance. Animals were reared in a farm located inAl-Yusufiya/Baghdad. Animals were divided based on breading season into two groups, with 20 animals each as follows: goats which gave birth in expected breading season (January, Febreuary,and March), and goats which gave birth in unexpected breading season (October, November, and December). All goats were reared in farm in Al-Yusufiya / Baghdad. 20 goats were given birth in January, February and March, which are representingseason, the other 0 goats which were given birth out of the breeding season during October, November and December, both tow groups were used to investigate the reproductive performance in local goats in different breeding months, the number of kids (single or twins), weight and sex of kids were record. Five milliliters of blood were collected from each goats through jugular vein puncture with EDTA coated tubes, until DNA extraction. The main part of exon II of MTNR1A gene was amplified by PCR with used specific primer and then product PCR digested with BsaI restriction enzyme. Therestriction fragment length polymorphism(RFLP) analysis used BsaI restriction enzyme, the presence of the cleavage site produces two fragments, 279 and 577 bp (C allele) while the absence of this site produces only one fragment, 856 bp (A allele).  Suggested the presence of three genotypes the homozygote CC for (279 bp, 577 bp), homozygote AA for (856 bp) and the heterozygote CA for (279 bp, 577 bp, 856 bp). In all the analyzed forty local goats’ genotypic frequency was 35.0% for CC genotype, 52.5% for CA genotype and 12.5 for AA genotype. The allele frequency of C and A was 61.25% and 38.75% respectively which was in Hardy–Weinberg equilibrium. The allele C have been associated with out of season breeding ability of goats and allele A associated with season breeding from the present study, no relationship between kids weights, sex and type of parturition (single or twin) with the genetic analysis model of MTNR1A gene in local Iraqi goats. 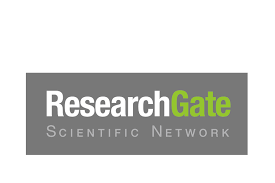 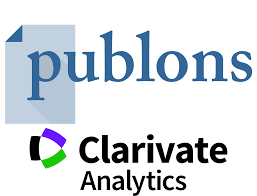 The Iraqi Journal of Veterinary Medicine  is licensed under the Creative Commons License CC BY 0.4 (https://creativecommons.org/licenses/by/4.0.)